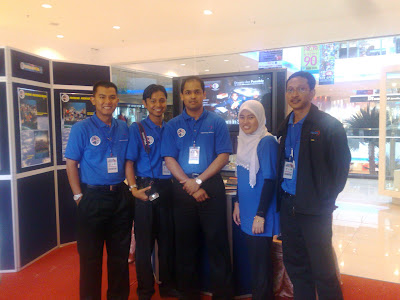 Friday 15th August 2008 – Day 2 of the MISTI exhibition and our booth was in operation from 10am to 5:30pm. We started out slow but the crowd began to pick up in the afternoon. The five of us were on duty in the morning (As pictured above). Later on in the afternoon Devina and Yusfi joined in to mend our booth. They had followed Dr. Faiz Khaleed earlier in the morning to Kota Belud for a talk. 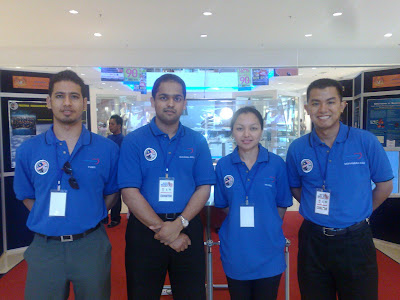 In the evening our booth was packed to the brim. It was great to have the booth crowded with people. Most of them were glued to the plasma screen watching videos of Dr. Sheikh Muszaphar in space. Later on in the evening, we had dinner with Dr. Mustafa to cap our day. 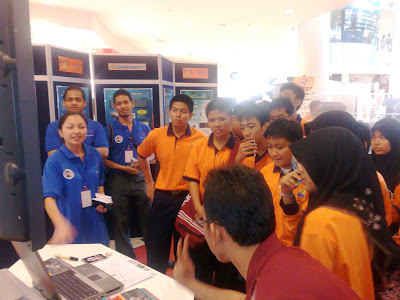 1 thought on “All About the Space Programme”