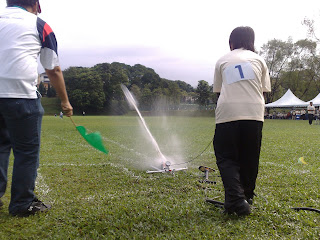 25th & 26th August 2008 – The National water rocket competition was held in Universiti Malaya’s Varsiti field. 30 teams from secondary schools across the country qualified for the finals. This was its 6th annual event organized by ANGKASA, Ministry of Education and Universiti Malaya. The programme ran from 9am to 4pm and was opened to the general public. 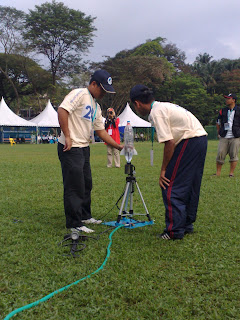 The competition was divided into two categories; target and parachute. For the target category, teams had to launch their rockets to hit a bull’s-eye located about 100 metres away whereas the parachute category will have teams launching their rockets vertically upwards deploying a parachute. Timings were taken for maximum air time of the parachutes. 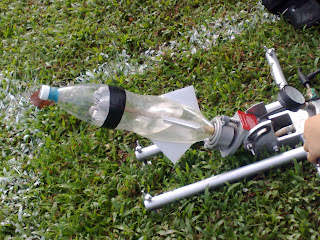 It was a fun competition as water rockets blasted to the sky every other minute. It was a great way to promote science to the students. I spoke to students and teams to find out how they were doing. They had sound knowledge and technique to edge out their competition. In the end it was not about winning but the spirit of participation. 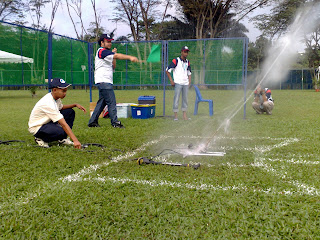 We had set up a booth to get feedback from the students as well as to promote awareness about science and aerospace. Other booths included companies selling rocket launchers and telescopes. ANGKASA had set up a workshop to build your own water rocket. It was a great event to get the public and students involved in rocketry and science. 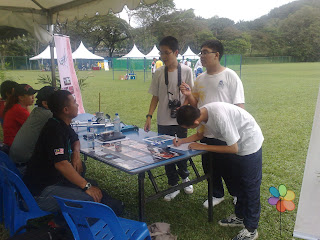 Interacting with students at our booth 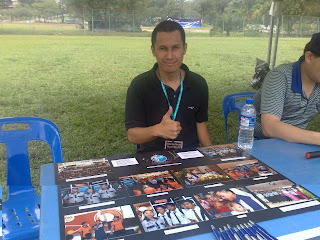 A special thanks to Harridon from UniKL MIAT

Until the next launch….