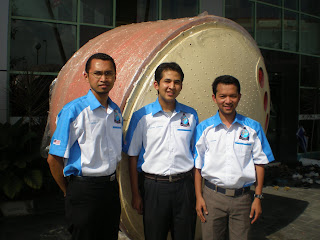 From Left: Hozay, Aswad & Haizam outside the CREATE building.
Seen behind with a mock-up capsule of the Soyuz TMA-11
Saturday, 1st November 2008 Create Building, Subang – The day began with each student giving a presentation of their computer project to everyone. Sam Gibbs gave constructive comments before the certificates were awarded to the students for successfully completing the KidzCAD (Computer-aided design) course organized by Aerospace Education Sdn Bhd. The KidzCAD programme will equip students with the knowledge of computer programming and design at an early age. 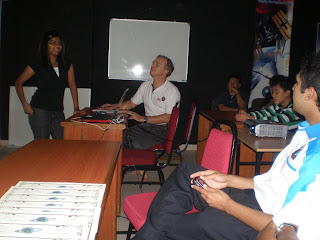 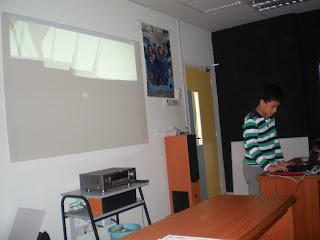 A student giving a presentation 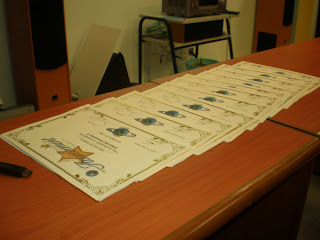 Soon after, the Malaysian Space Settlement Design Competition (MSSDC) was officially launched. As an introduction the MSSDC is a competition where a team consisting of 12 members aged between 14 to 16 years old will respond to a RFP (Request for Proposal) to design a space colony for a population of 10,000 people. The space settlement must be a continuous orbiting facility with the ability for cargo transportation to and from the planet Mars. 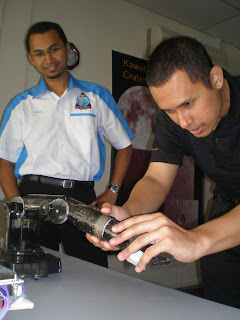 The Robotic Centre in CREATE 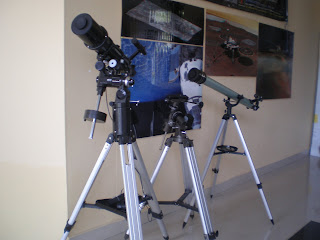 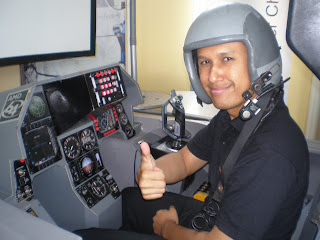 Harridon in the F-16 cockpit in CREATE 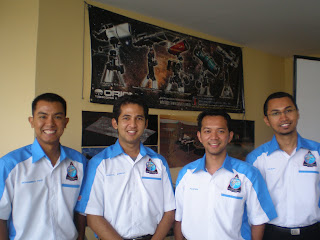 For schools that are interested and require more information, kindly contact us:
sam@aerospacedu.com or faiz2000a@yahoo.com (With the title MSSDC)