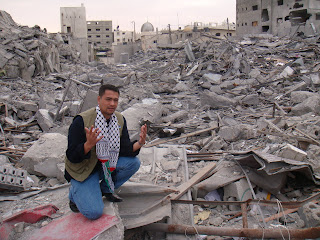 HE may have flown among the stars but Datuk Dr Sheikh Muszaphar Shukor Sheikh Mustapha’s heart is still very much in the operating theatre.

Malaysia’s first astronaut joined the Malaysian Mosques Youth Assembly on their mercy mission to Gaza, hoping to contribute his expertise as an orthopaedic surgeon.

Although he only managed to spend one day in the Al-Shifa hospital operating theatre — the two other days being taken up getting clearance to treat patients — Dr Sheikh Muszaphar still considered his journey worthwhile.

“I came here as an orthopaedic surgeon, not an astronaut. The time I spent in space made me realise how small the world is. I can’t just sit and watch things like this happen. I have to do my bit.” 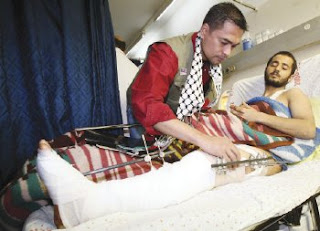 Dr Sheikh Muszaphar and two other surgeons spent almost six hours in the operating theatre working on a 26 year-old woman who sustained a gunshot wound to the shoulder 20 days ago.
“She had been sent to Cairo for five days and they sent her back, saying that nothing could be done.

“Our job was to try and save the limb. We hope she will make a full recovery.”

Dr Sheikh Muszaphar said what he saw in Gaza was nothing like he had ever seen before. “All the operating rooms are full and the doctors are exhausted. There’s only enough equipment and medicine for 20 per cent of the victims.”

Worse, he said, was that many had been rushed to Egypt but were turned away at the border. When they returned, they were in worse shape. 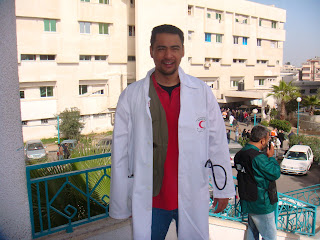