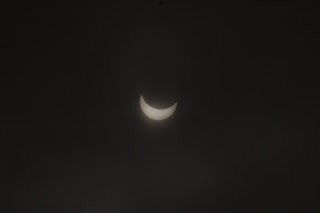 I was part of a scientific expedition lead by Sam Gibbs (Aerospace Edu) and Dr. Chong Hon Yew (USM). Our mission was to observe the longest total solar eclipse in this century, whereby the next similar one will be in 2132. Yangshanzhen Island, is located to the south of Shanghai and is on the centreline of the eclipse path that would provide us with 6 minutes of totality. That morning we woke up to cloudy weather conditions in the island but we went on and set up our equipment on the rooftop of the Yangshan Hotel. First contact started at 830am but the heavens had shut the sky up for us. We waited patiently and got sneak peeks of the sky as the clouds parted occasionally to tease us. It was a spectacle to catch a glimpse of the sun with the eclipse in motion. Telescopes, cameras and video cams were working in full force and emotions ran high. A few minutes before totality, we could see the moon’s shadow approach us really fast from the western end. Suddenly darkness fell upon us. The day had turned into night. Nature got confused and I was in awe of the phenomenon. I only saw a glimmer of reddish light in the northern horizon but everything else was pitch-black. 6 minutes felt like only a moment and just like that, daylight appeared again. It was a surreal experience and I hope I get another chance to witness it. I’ll be ready next time… 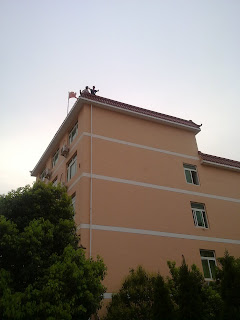 Our site above the Yangshan Hotel 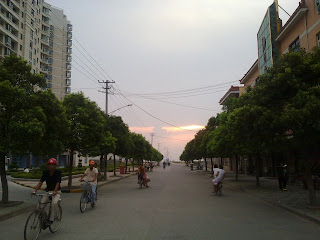 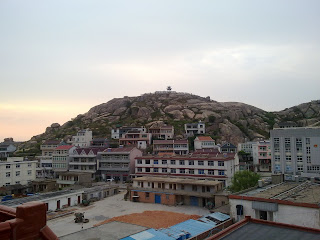 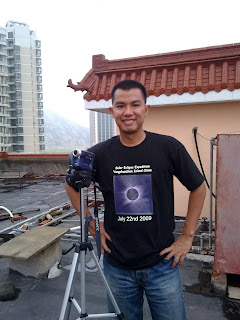 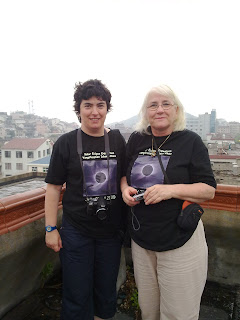 Joanne and Mildred all the way from UK 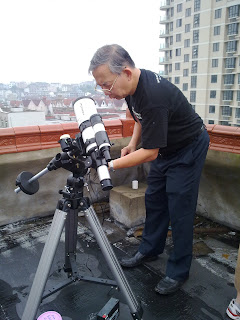 Dr. Chong setting his equipment up 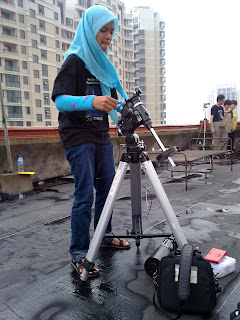 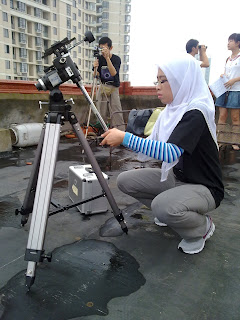 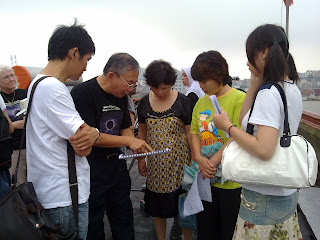 Dr. Chong explaining to the locals 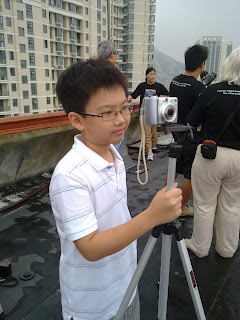 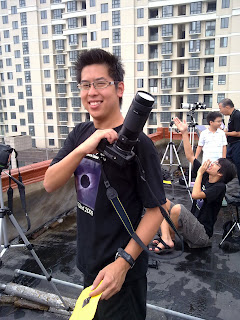 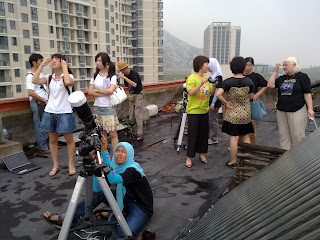 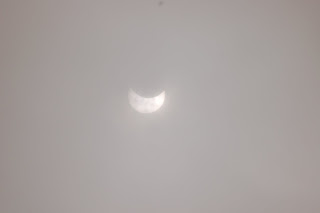 Viewing the sun without filters 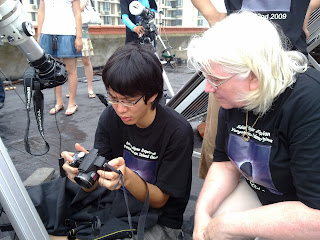 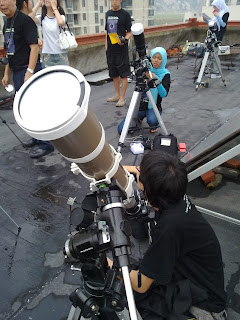 All in a row 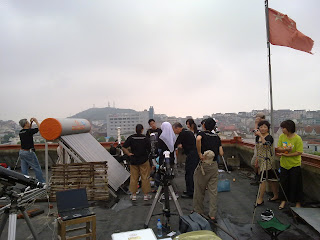 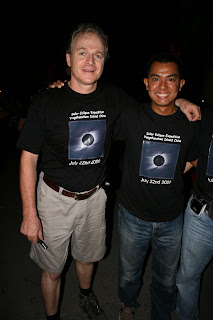 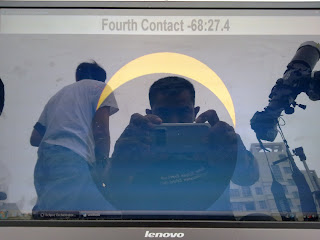 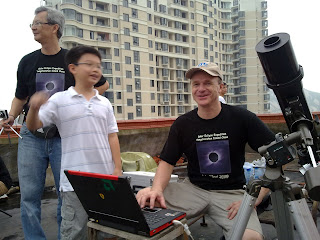 Sam with his setup…bye for now…