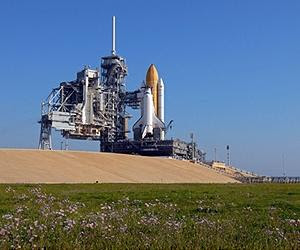 The space shuttle Atlantis blasts off Friday on the last mission of its 25-year career, taking astronauts to the International Space Station (ISS) one last time before becoming a museum piece. The 32nd and final voyage for Atlantis, which first launched in 1985, will take six astronauts to the orbiting space research facility, delivering an integrated cargo carrier and a Russian-built mini research module. Lift-off is scheduled for 2:20pm (Malaysia 2:20am) from Kennedy Space Center near Cape Canaveral in Florida, weather-permitting.