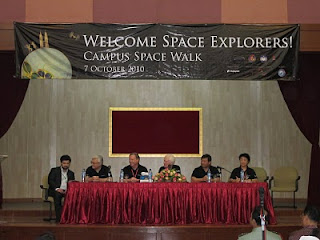 MELAKA, Oct 8 (Bernama) — Malaysia is on the right track in developing the aerospace sector by organising various programmes, hence placing itself at par with other developing countries which have the same mission.

Former astronaut from Russia, Alexander Ivanchenkov, 60, regards the cooperation between the Malaysian and Russian governments in sending Malaysia’s first astronaut Datuk Dr Sheikh Muszaphar Shukor into space in October 2007 as apt in developing the field.

“Malaysia needs more such cooperation where it can encourage transfer of technology in aerospace to the country,” he said through an interpreter after delivering a talk on space exploration at Universiti Teknikal Malaysia Melaka (UTeM), here, Thursday.

They are in Malaysia with over 60 other astronauts and cosmonauts from 17 countries for the XXIII International Association of Space Explorers Planetary Congress themed “1Planet, 1Hope, 1Future”, from Oct 5 to 10 in Kuala Lumpur.

Ivanchenkov who went into space for the first time on July 15, 1975, hoped Malaysia’s aerospace sector development would be a continuous one by cultivating interest in aerospace among its young generation.

“The future of aerospace is in the hands of young people. They must master science and technology in order to carry on this effort (developing the sector), besides having a high level of discipline,” he said.

Hartsfield who first went into space in June 1982, has been involved in many development programmes by the National Aeronautics and Space Administration (Nasa) since 1969.

The Malaysian Multimedia University in Bukit Beruang here also held a similar programme attended by over 1,000 university and school students who listened to talks given by six foreign astronauts.

Pictures taken at Universiti Pertahanan Nasional Malaysia, one of the 11 participating universities during the Campus Space Walk community programme… 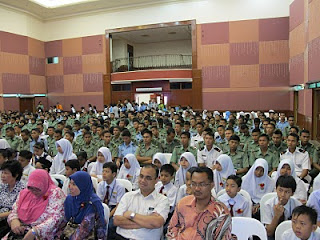 The crowd in UPNM 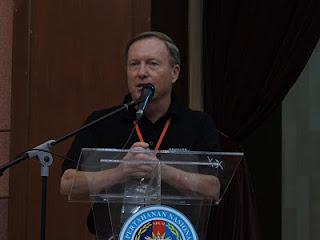 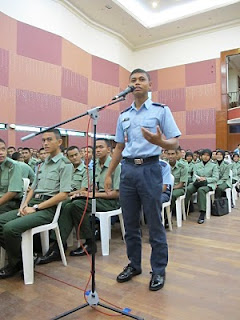 I have a question… 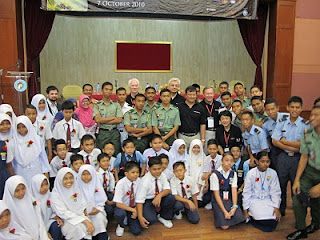 Photo with the kids