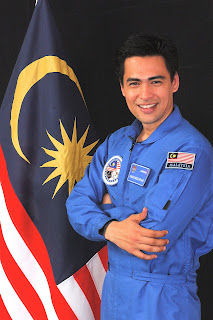 KUALA LUMPUR, Nov 8 (Bernama) — The Ministry of Science, Techonology and Innovation (MOSTI) has not received any official complaints regarding an allegation by a local daily that national astronaut, Datuk Dr Sheikh Muszaphar Shukor Sheikh Mustapha, charged RM8,000 an hour to give a lecture.

Its minister Datuk Dr Maximus Ongkili said if the allegations were true, the complainant could make an official complaint to the ministry.

“So far we have not received any official complaints. If the newspaper’s allegations are true then the complainant can file an official complaint and we will go through the matter to see if it is against the contract (the governmnet has with him),” he said when met after the National Innovation Awards ceremony, here today.

He said based on the contract signed by the astronauts and the ministry, they must take part in all promotional programmes arranged by the ministry and its agencies.

They are also prohibited from receiving any rewards other than those from the ministry, he said.

When asked if the contracts of both astronauts would be renewed, Ongkili said they proposed to renew Dr Faiz’s contract to prepare for the future mission, while they have not received an application from Dr Sheikh Muszaphar to renew his contract.